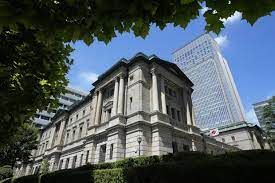 TOKYO: The Bank of Japan (BOJ) may raise a cap set around its 10-year bond yield target to 0.75% or double it to 1.0% by around mid-year if inflation overshoots its expectations, Columbia University academic Takatoshi Ito said on Thursday.

Any such move would not happen at least until April, when the BOJ issues fresh quarterly inflation forecasts under a new governor who succeeds incumbent Haruhiko Kuroda, he said.

Ito, who is a close associate of Kuroda’s, is considered by some analysts as a candidate to join the central bank’s leadership when Kuroda’s and his two deputies’ terms end in the coming months. Kuroda’s term is up in April, while those of his two deputies expire in March.

If the economy improves and inflation remains elevated, the BOJ will likely tighten monetary policy, which will start out by steps to steepen the yield curve, Ito said.

“In this regard, the BOJ’s decision to widen the yield band (in December) was an appropriate first step,” Ito said.

“Raising the yield cap to 0.75%, or to 1.0%, is certainly a possibility as the next step” toward normalising the BOJ’s ultra-loose monetary policy, he told Reuters in an interview.

Depending on inflation and wage developments, the central bank may also abandon negative rates by raising its short-term interest rate target from -0.1% by the end of this year, Ito told Reuters in an interview.

Under its yield curve control (YCC) policy, the BOJ sets the target for short-term rates at -0.1% and that for the 10-year yield around 0% to reflate the economy and sustainably achieve its 2% inflation target.

The BOJ stunned markets last month by widening the allowance band set around its 10-year yield target to 50 basis points either side of its 0% target from 25 points. As a result, the 10-year yield cap is now set at 0.5%.

At a two-day policy meeting that ended on Wednesday, the central bank maintained the yield targets and the cap, defying market expectations it would phase out its massive stimulus programme amid mounting inflationary pressure. – Reuters

Capital A optimistic of exiting PN17 status by year-end – Fernandes