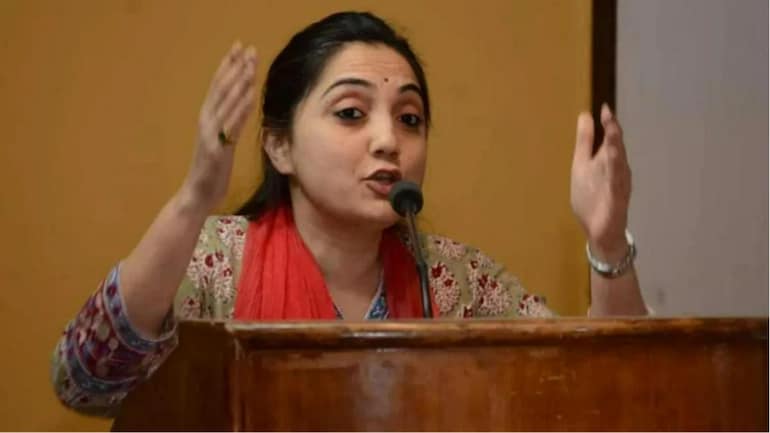 The Supreme Court bench of Justice Surya Kant and Justice JB Pardiwala on Friday made some scathing observations against former BJP spokesperson Nupur Sharma over her comments on Prophet Muhammad.

The bench raised questions on the investigation and asked why Nupur Sharma hadn’t been arrested yet for her comments made on national television. The court also called her apology insufficient, stating that she should have appeared on TV and apologised to the country instead.

However, one of the first questions raised by the bench was why the petition was filed by Nupur Sharma under a “deceptive name”.

The petition filed by Nupur Sharma seeking the transfer of the FIRs against her to Delhi has been filed under the name NV Sharma. The order passed by the Supreme Court in the case also records the name as NV Sharma, since that was the name under which the case was listed.

Even before Nupur Sharma’s counsel had the chance to begin the arguments, the first question raised by Justice Surya Kant, who was heading the bench, was: Why is she here under a deceptive name?

Her counsel, Senior Advocate Maninder Singh, explained to the court that Nupur Sharma was facing several threats which had compelled her to file the petition as NV Sharma instead.

Soon after this, the Supreme Court asked, “She has a threat or has she become a security threat?” which then led to a flurry of serious, scathing observations against Sharma and her conduct.

NV Sharma possibly stands for Nupur Vinay Sharma, Vinay Sharma being her father’s name. The petition has been dismissed by the Supreme Court and she has been asked to approach the High Courts of the states where the FIRs have been lodged, for relief.

‘The Phantom of the Opera’ extends Broadway run due to demand