The most FAMOUS partisans in Russian history


They did as much for the victories over Napoleon and Hitler as the regular army. 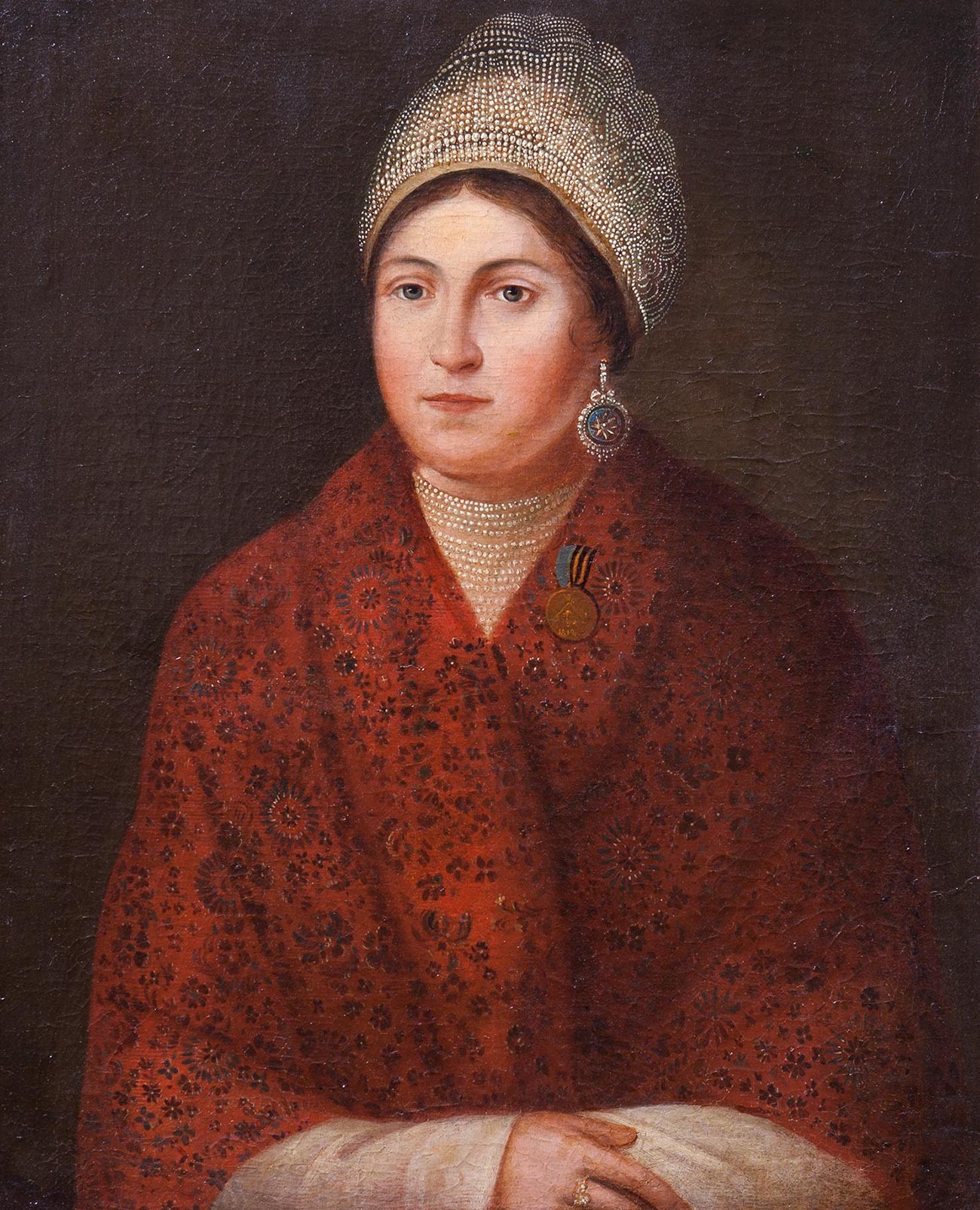 “She was a woman of Herculean stature and great physical strength. She was beautiful in appearance and brave and decisive in character…,” was how contemporaries described one of the most celebrated heroines of the Patriotic War of 1812. Her name was Vasilisa Kozhina.

Vasilisa, a 35-year-old mother of five, had her first encounter with the horrors of war in mid-August when French forces plundered her native village in the Smolensk province and hacked her husband, village starosta [elder] Maksim Kozhin, to death.

The French returned nine days later, just as the wake for her husband was in progress. Vasilisa, elected starosta by the villagers, warmly welcomed the French and invited them to the table laid inside the house. When the soldiers got drunk, she ordered the windows and doors to be locked and the enemy to be burned alive.

A partisan detachment organized and led by Kozhina followed hot on the heels of La Grande Armee, ruthlessly dispatching foragers, laggardly soldiers and looters. While her fighters soon exchanged their axes for sabers, lances and rifles, Vasilisa continued to fight with a pitchfork which she “used with such force that a horse would fall dead from one blow”.

Once, when Kozhina was escorting French prisoners, one of them openly started to express his displeasure at the fact that they were being escorted by a woman. Since the unruly soldier wouldn’t quieten down, Vasilisa hacked him to death with a scythe, saying to the others: “The same fate will await all of you, you thieves and dogs, if you dare to put a foot wrong! I have already cut off the heads of 27 ruffians like you! March into town!”

What happened to Vasilisa Kozhina after the end of the Patriotic War is unknown. According to the most plausible accounts, she returned to her native village, where she died in around 1840. 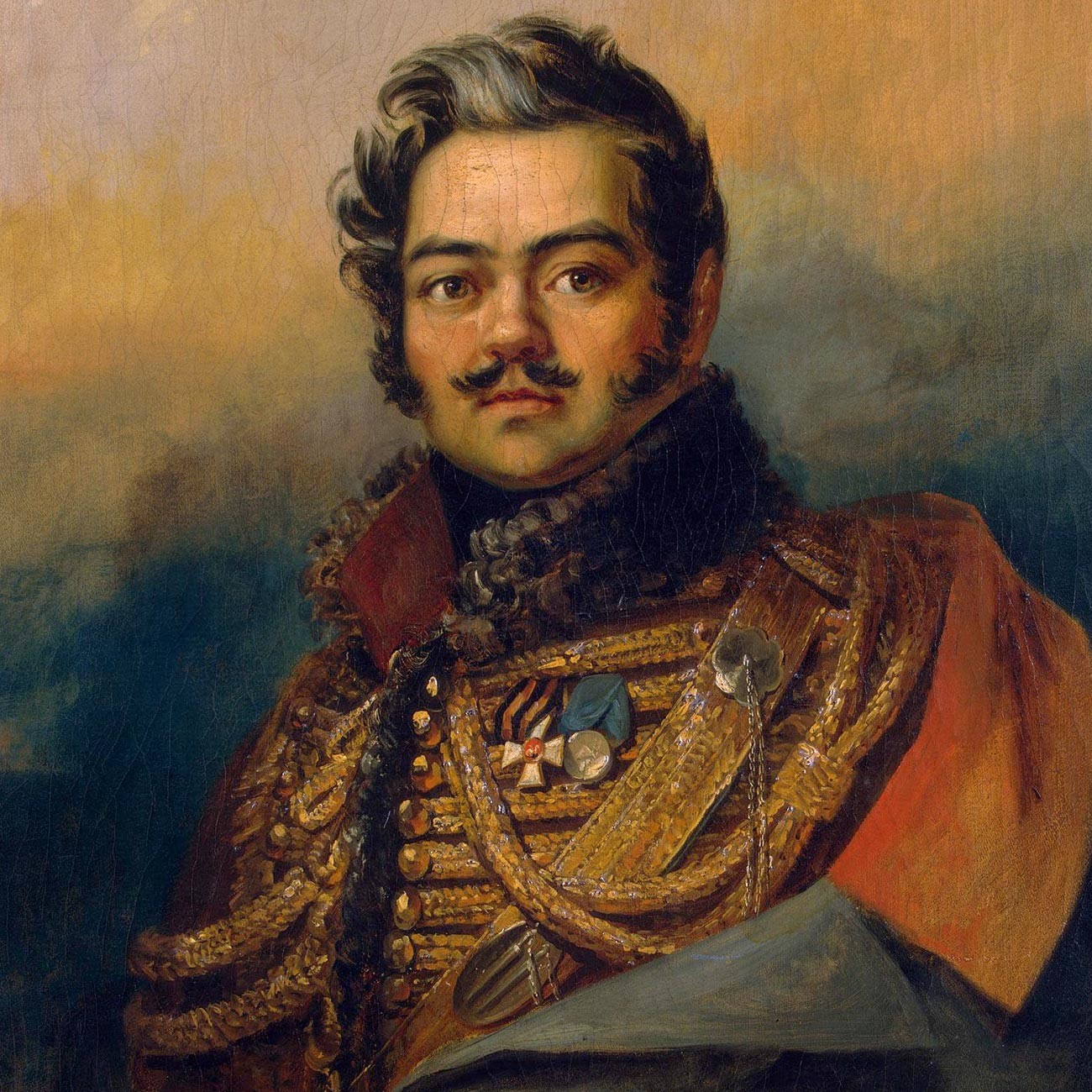 Lieutenant-Colonel Denis Davydov was commander of the 1st Battalion of the Akhtyrsky Hussar Regiment when Napoleon’s army invaded Russia. In August 1812, he approached Pyotr Bagration, commander of the Second Western Army, with the idea of waging guerrilla warfare in the rear of the French forces and soon received Bagration’s full support.

Davydov was not the first and by no means the only commander of a partisan “flying” detachment in the Patriotic War of 1812. However, it was thanks to him that guerrilla warfare became widely known and gained wide popularity and the experience of such warfare was thoroughly documented and studied.

If Vasilisa Kozhina was a representative of a spontaneous popular partisan movement, Denis Davydov belonged to the so-called army guerrilla warfare category. For his first raid, he selected 50 hussars and 80 Cossacks from regular units. Later, the size of his detachment increased to 300 sabers.

Since ordinary peasants often confused the uniforms of Russian hussars with French ones and mistook Davydov’s detachment for enemy forces, he decided to completely change his image – he started wearing a Cossack caftan and grew a beard.

In mid-September, when Napoleon’s army was preparing to enter Moscow, Davydov surprised a large detachment of French foragers in the rear of the French army near the village of Tsaryovo-Zaymishche and routed them. “Fear has large eyes and fear is inseparable from disorder. Everything crumbled as soon as we turned up: We captured some of them not only without their weapons, but even without their clothes; some were dragged out of the barns; only one rabble of thirty took it into their heads to defend themselves, but they were scattered and taken down on the spot. As a result of the raid, we ended up with 119 common soldiers, two officers, 10 wagons with provisions and one wagon with cartridges,” Davydov wrote in ‘Diary of Guerrilla Operations’.

On November 7, Denis Davydov’s detachment, along with other “flying detachments”, smashed a brigade commanded by Gen. Jean-Pierre Augereau in a battle near the village of Lyakhovo. The general himself and one-and-a-half thousand of his soldiers were taken prisoner by the Russians. “This victory was all the more notable in that, for the first time in the prosecution of the present campaign, an enemy corps laid down its arms to us,” was how General-Field Marshal Mikhail Kutuzov, the commander-in-chief of the Russian army, commented on the triumph.

With the Russian Army’s crossing of the borders of the Russian Empire in January 1813 and the start of its foreign campaign, Davydov’s daring cavalry raids in the rear of the enemy, by and large, came to an end. He began to operate more in conjunction with the main body of troops and was now in their advance guard.

After the end of the war against Napoleon, Denis Vasilyevich spent another 20 years or so serving in the military. Aside from the army, his other great passion was poetry and he went down in history as the “partisan poet”. 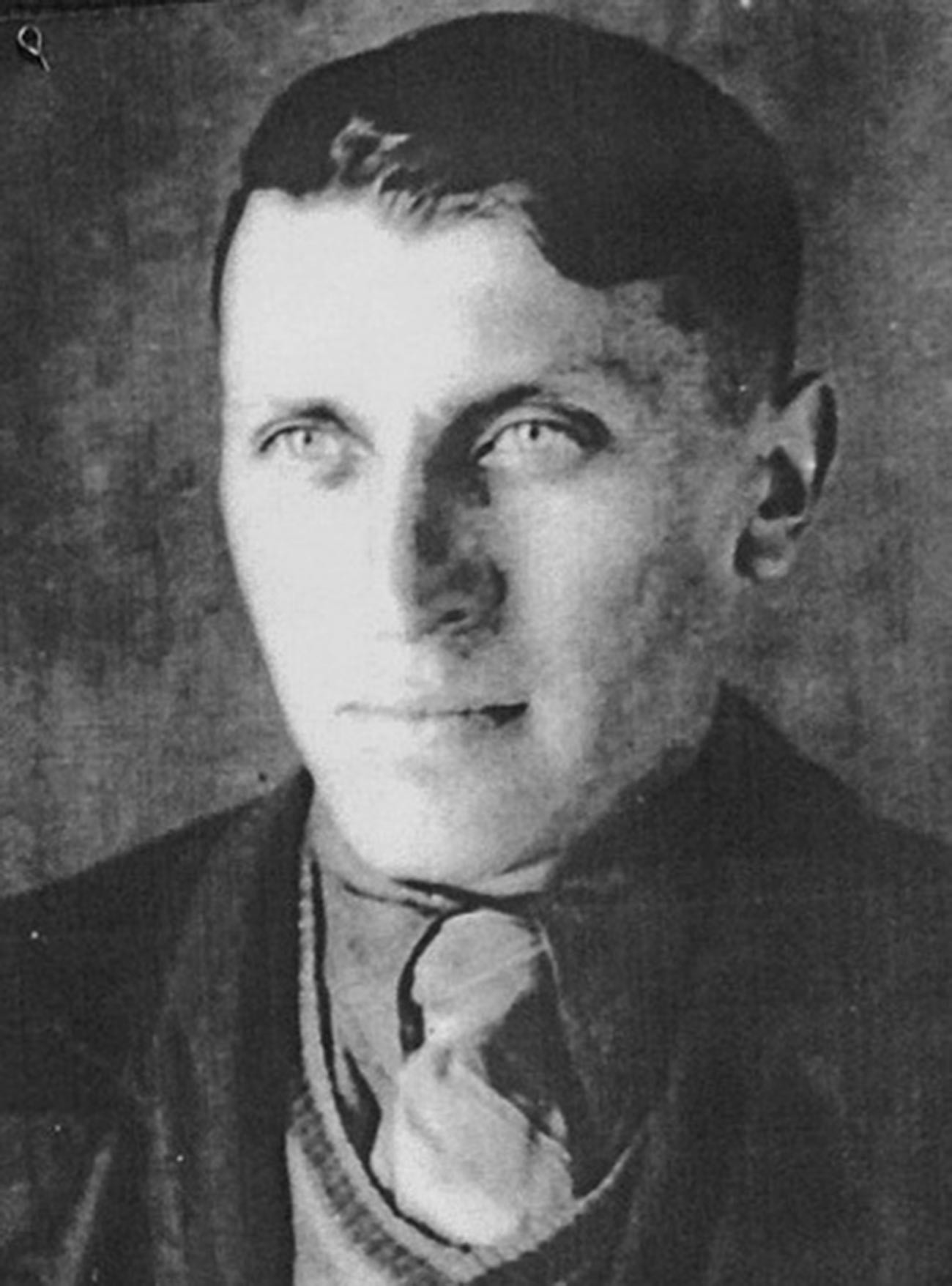 At precisely eight o’clock in the evening on November 13, 1943, a powerful explosion rocked a cinema in the town of Porkhov in Pskov Region. It killed more than 700 Wehrmacht soldiers, 40 officers and two generals. The organizer and perpetrator of this massive act of sabotage was the cinema manager, who was additionally an active fighter of the 7th Leningrad partisan brigade. His name was Konstantin Chekhovich.

At the very beginning of the war, Konstantin Alexandrovich, the commander of a sapper platoon, was sent to the Leningrad area, where he was to carry out sabotage operations. Here he ended up in German captivity, from which he managed to escape after just two weeks. It was then that Chekhovich joined the partisans. Intending fully to utilize Chekhovich’s professional skills, the command of the 7th Leningrad partisan brigade sent him to the town of Porkhov for a major sabotage operation.

Konstantin Alexandrovich spent two years blending in with the locals in the town and gaining the confidence of the Germans: He became a family man and worked as a clock repairer and then as an electrician at the local power station. After getting a job at the cinema as a mechanic, he was subsequently promoted to manager.

The Porkhov cinema was chosen by the command of the partisan brigade as the main target of the operation. While German servicemen would gather on the ground floor to watch films, a branch of the German Security Service (SD) was located on the first floor.

Using his pockets and a small lunch bag, Chekhovich gradually smuggled 65 kg of TNT into the cinema premises, skilfully planting it around the perimeter of the building and installing a timer. His wife’s sister Evgeniya Mikhaylova, who worked as a cleaner here, assisted him greatly in this.

The sabotage expert had calculated everything well: The blast came at the appointed time and the cinema building collapsed like a house of cards, burying under the debris the German servicemen who had gathered for the last film show of their lives. Both Konstantin Alexandrovich and his family were gone from the town by then.

For carrying out his mission, Chekhovich was put forward for the Hero of the Soviet Union title, but it was never awarded – his two-week period in German captivity was a factor. Only in 2013 was a commemorative plaque to him unveiled in the town of Porkhov. 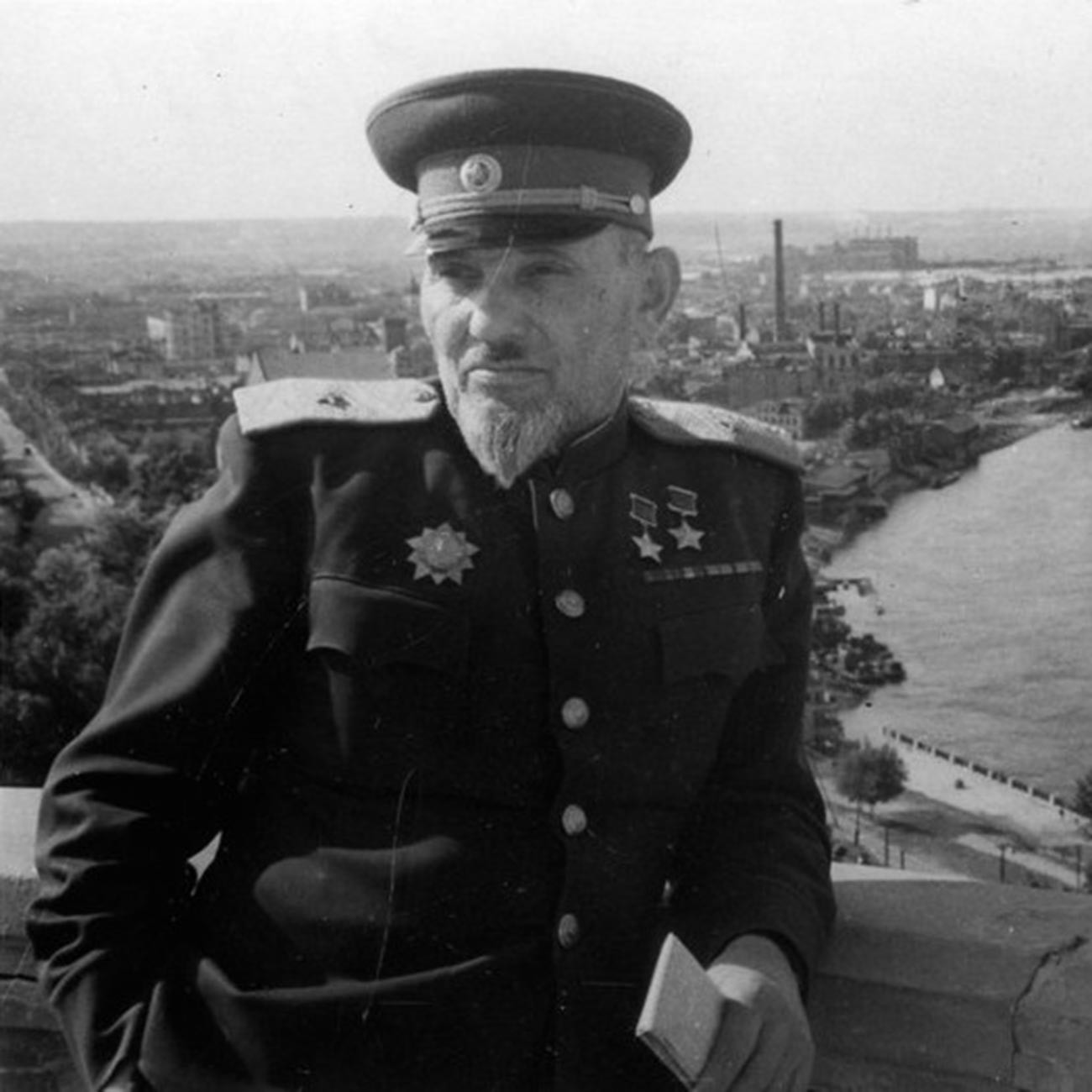 When the German army invaded the Soviet Union, Sidor Artemyevich Kovpak had already turned 54. The last time he had wielded a weapon was during the Civil War and, in the intervening years, he had been mainly involved in civilian work. But this did not prevent him from becoming one of the most effective Soviet partisan commanders and principal organizers of the partisan movement in Ukraine in World War II.

In September 1941, Kovpak became leader of a small partisan detachment numbering scarcely more than ten men, hiding in the Spadshchansky Forest near the town of Putivl in northeast Ukraine. “Our first dugout was built in such dense undergrowth that from a few dozen paces away you might not even find it. If you sat still there no German sniffer dog would ferret you out of that lair. But we hadn’t gone to the woods to hide from the Germans, but to kill them, to give them not a moment’s peace and to prevent them from playing the master in our own district. We were the masters here and we were intent on remaining the masters,” he wrote in his memoirs titled ‘From Putivl to the Carpathians’.

Within a mere half-year, Kovpak’s Putivl detachment had evolved into the Sumy partisan unit numbering around 1,500 fighters. The partisans under his command carried out daring raids to the rear of German and Hungarian troops, while contriving to extricate themselves from the most formidable traps set by the punitive forces sent out to catch them.

In the summer of 1943, Kovpak’s unit was instructed to mount a large-scale raid on Western Ukrainian territory, which was subsequently to become widely known as the Carpathian Raid. Over a three-month period the partisans covered a distance of 2,000 km in the rear of the enemy, smashing up to 17 German garrisons, derailing 19 trains, destroying 51 depots and 52 bridges and also putting a number of power stations and oil fields out of action.

“Our arrival at the approaches to the Dniester was so unexpected to the Germans that they mistook the partisans for assault forces dropped by parachute. Detachments of gendarmerie began to rush around the roads. One such detachment ran into us near the town of Skalat. We had stopped here for a day’s rest at the side of a wood. Deciding that they were dealing with a small detachment of Soviet paratroopers, the German gendarmes deployed in extended order and mounted a ‘human wave’ attack against the partisan formation which actually numbered around 2,000 fighters. We allowed those goons to approach so close that we were able to have a laugh as the expression on their faces instantly changed when the entire edge of the wood suddenly came to life and a tidal wave of partisans advanced to confront the enemy… The gendarmes got blown away in a split second,” Kovpak recalled.

In late 1943, Sidor Artemyevich was forced by illness to hand over command to his deputy, Pyotr Vershigora, and to withdraw to territory controlled by the Red Army. In honor of its former commander, the Sumy partisan unit was soon afterwards renamed the 1st Ukrainian Partisan Division named after Twice Hero of the Soviet Union S.A. Kovpak.

Please enable JavaScript to view the comments powered by Disqus.

Rabat — Morocco recorded 26 new COVID-19 cases over the past 24 hours, the Ministry of Health and Social Protection said on Wednesday,...
Read more

Rabat — Morocco reported 06 new COVID-19 cases in the past 24 hours, said the Ministry of Health and Social Protection on Monday...
Read more

Some Rwandan players plying their trade abroad started 2023 on a bright note with superb performances for their clubs as a host of...
Read more

Gambia: Ambassador Hussain Travels to Morocco, the Gambia, and Senegal

U.S. Ambassador at Large for International Religious Freedom Rashad Hussain will travel to Morocco, The Gambia, and Senegal from November 28 through December...
Read more
- Advertisement -