Your guide to making the most of this Abu Dhabi weekend…

Our love language is sharing the things we love to do in the capital, with you.

New at the movies

Clifford The Big Red Dog has been adapted from the children’s book series of the same name. Why? Because that’s what we do now. No childhood memory is sacred. Truth be told, we learnt very little from the two minute trailer that could not be gleaned from the two seconds it takes to read the title. Clifford is a dog, a red dog in fact, and one that is unsually large. In the trailer we’re subjected to an incidental ‘giant slobbery puppies do the darndest things’ montage, but very few hints about the actual plot. We can crack that code though. It will almost certainly follow the ‘films about children and unsual creatures’ formula — where a hunter/scientist/government/evil corporation wants to steal the creature for a trophy/experiment/profit. Spoiler alert, they won’t get away with it, and everyone except the parents dragged along to watch this will live happily ever after.

Not Shakespeare, and certainly not a tragedy – King Richard is a crucible story, watching over the genesis of two all-time sporting greats. It’s also a story about, and in fact named after, a dedicated, visionary father and his role in taking young Venus and Serena Williams and shaping them into the players, they’re destined to become. The biggest, ‘we’re not crying, you are’ moment in the trailer?: “You’re not gonna just be representing you, you’re gonna be representing every little black girl on earth” — “I’m not gonna let you down” — “How could you?” We all know Will Smith loves biopic roles that give him an opportunity to tug on our collective heartstrings, and if this is served correctly… it could be one of his best character portrayals yet.

At the behest of the fest 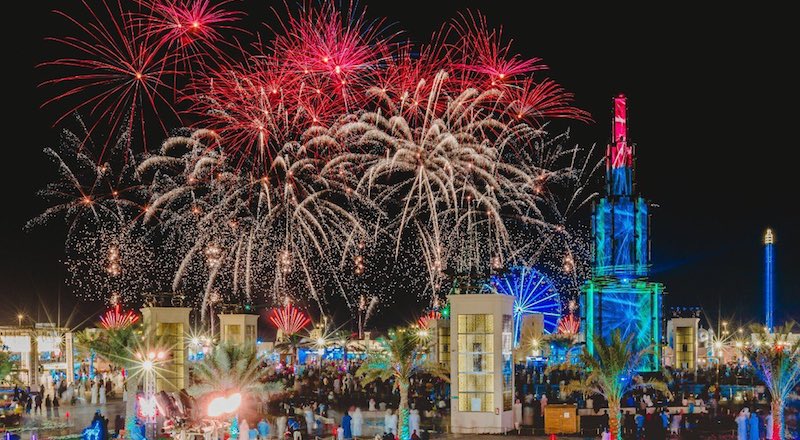 Held in the Al Wathba region of Abu Dhabi, the Sheikh Zayed Heritage Festival is a celebration of both UAE and world culture, a collection of pavilions, parades, performances, food adventures, spectacular fireworks displays and interactive exhibitions that add up to an awesome family day out. And as of this Thursday, IT’S BACK for a special ‘Year of the 50th’ extended 2021/2022 edition from November 18 to April 1. The headline act for entertainment activity debut has to be the Al Forsan International Sports Resort zone offering karting, football simulators, equestrian activities, paintball arena, assault course trials and more.

The devil is in the detail 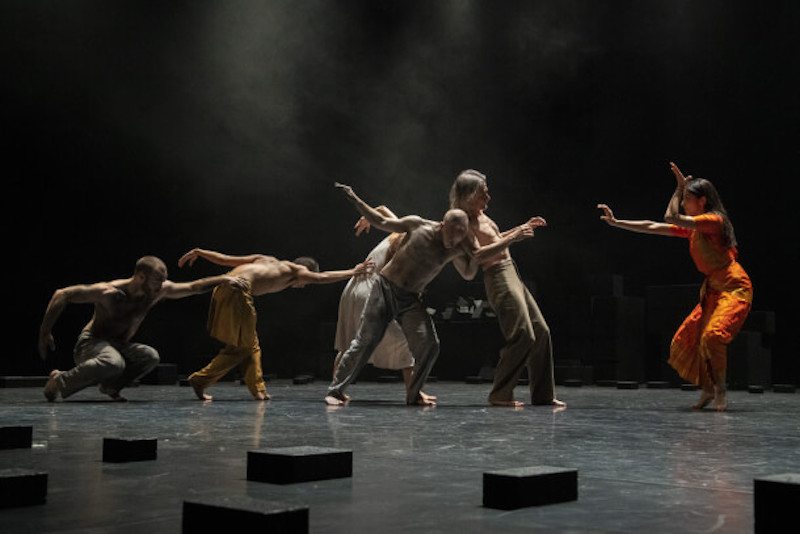 This weekend, catch an outstanding piece of historical theatre, ‘Outwitting the Devil‘ by Olivier Award winning Akram Khan. It’s a story that draws from the Sumerian epic of Gilgamesh — one of the oldest preserved literary tales — its a tale of a man reflecting on youthful rebellion and defiance, a man tempting fate for a perceived greater good. And it’s available to see at the Cultural Foundation in Abu Dhabi for two nights only. Green Pass and negative PCR test within 96 hours required. 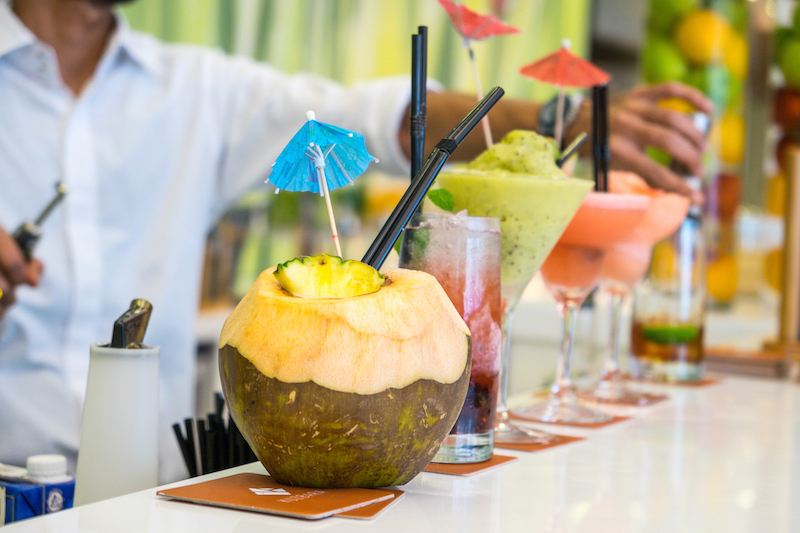 One of the capital’s best-loved brunching events, Eat, Play, Laugh is returning to the recently-reopened Kuzbara, Marriott Downtown, from this Friday — November 19, and prices start at just Dhs275. There is a strong mix of international cuisine on the brunch menu with carvery stations and a stacked seafood bar; South-East Asian street food and Malay-Thai delicacies; aromatic Indian dishes; sushi and pasta. Guests can also enjoy giant Jenga, darts and foosball in addition to the eclectic-deck bangers of the resident DJ. 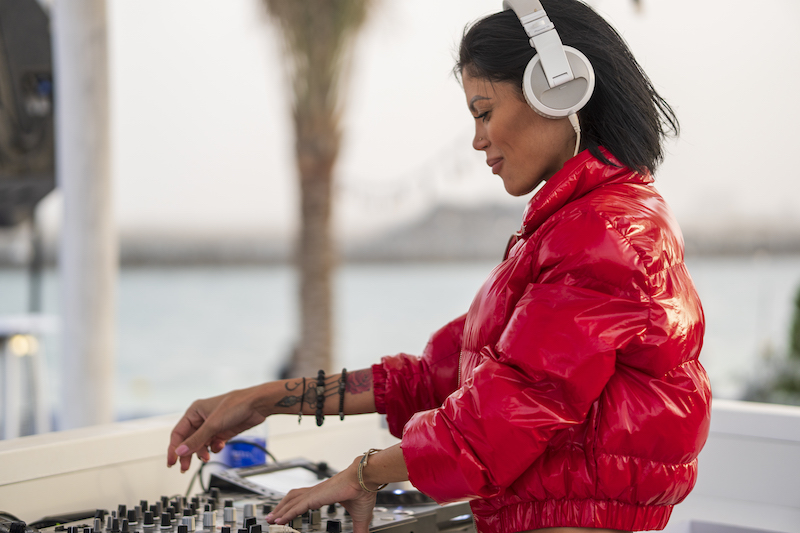 On Fridays at Cove Beach, 808 hits the sand with big 80s and 90s sounds — it’s a hip-hop and R&B deck-trospective with legendary DJs: DVS, Keeny, and Nuf. Ladies get comp’d Spanish grape blends between 5pm and 7pm. 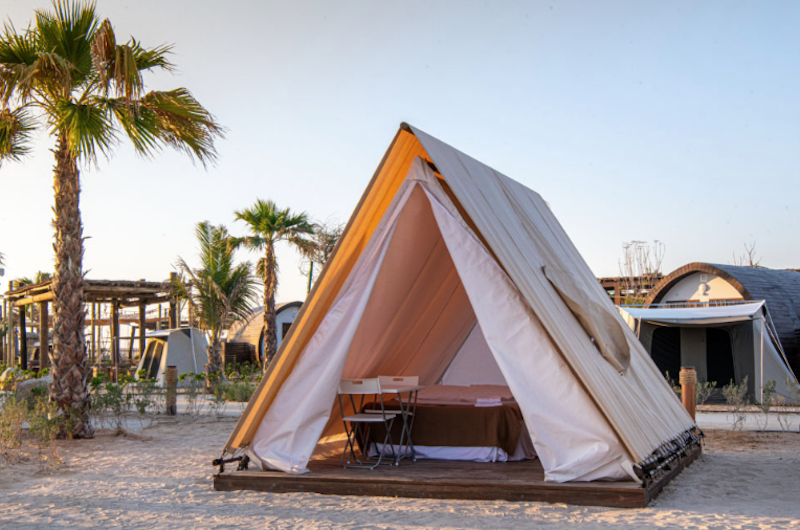 There’s much more action to catch at one of the capital’s newest and most luxuriously equipped glamping spots, Bab Al Nojoum, even if you’re not staying the night. You can get day access to one of the resort’s beachside tents for just Dhs59 per person. It’s Dhs99 per person to get a snack included or Dhs249 if you want lunch or dinner at their boutique 28 Degrees restuarant. 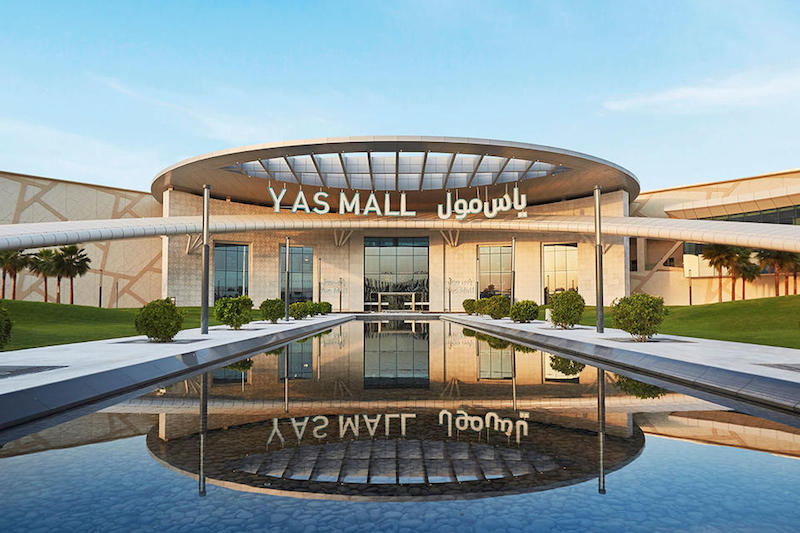 Yas Mall has started its 50th Jubilee celebrations early — with a line up of dance and live music shows planned at the Town Square locale from 3.30pm. You can catch an epic dance off between two of the UAE’s best respected hip hop poppers and lockers — the B-boys and the Dance Monkeys; Kristina will be representing the saxophone appeal; and keep your eyes peeled throughout the mall for the troupe of roaming interactive dancers. 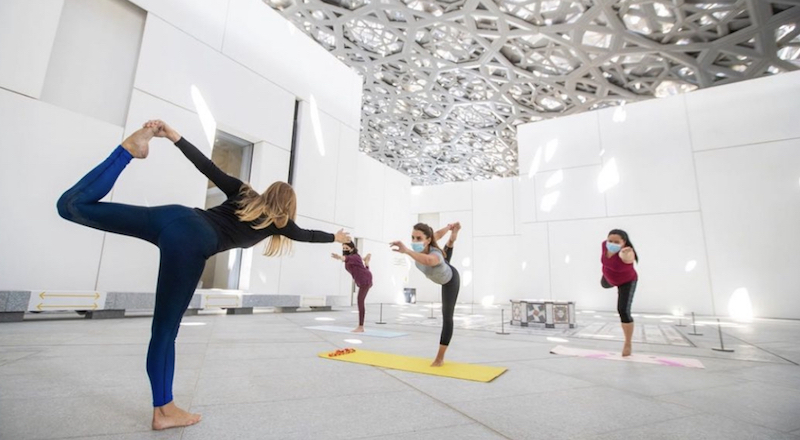 Ok, so this entry on the list does involve a roof (a beautiful Jean Nouvel-designed one), but it takes place in a space deliberately crafted to stage the interplay of sun, sea and wind. Louvre Abu Dhabi is offering a twice-weekly day of calming contemplation, ‘Yoga under the dome’ costs just Dhs90, and is a mere cobra stretch away from a culturally immersive stroll around one of the world’s finest museums. The 75-minute yoga sessions take place on Sundays and Tuesdays at 10.15am and 5pm. The classes are run by top yoga studio, BodyTree and you can even pair the experience with the ‘Contemplative Vibes’ playlist on anghami.

10 wonderful things to do in Abu Dhabi this weekend

And we think to ourselves, what a wonderful emirate…The world is full of wonder, but we must choose to see it. That’s the...
Read more

A three day wellness festival takes over Hatta this weekend

Dancing, yoga, singing and much more in the Hatta hills…January is a time for putting your health and wellness first, and with that...
Read more

Revised service timings were also announced for public transportation in Dubai…The UAE announced a public holiday for National Day this week as it...
Read more
- Advertisement -