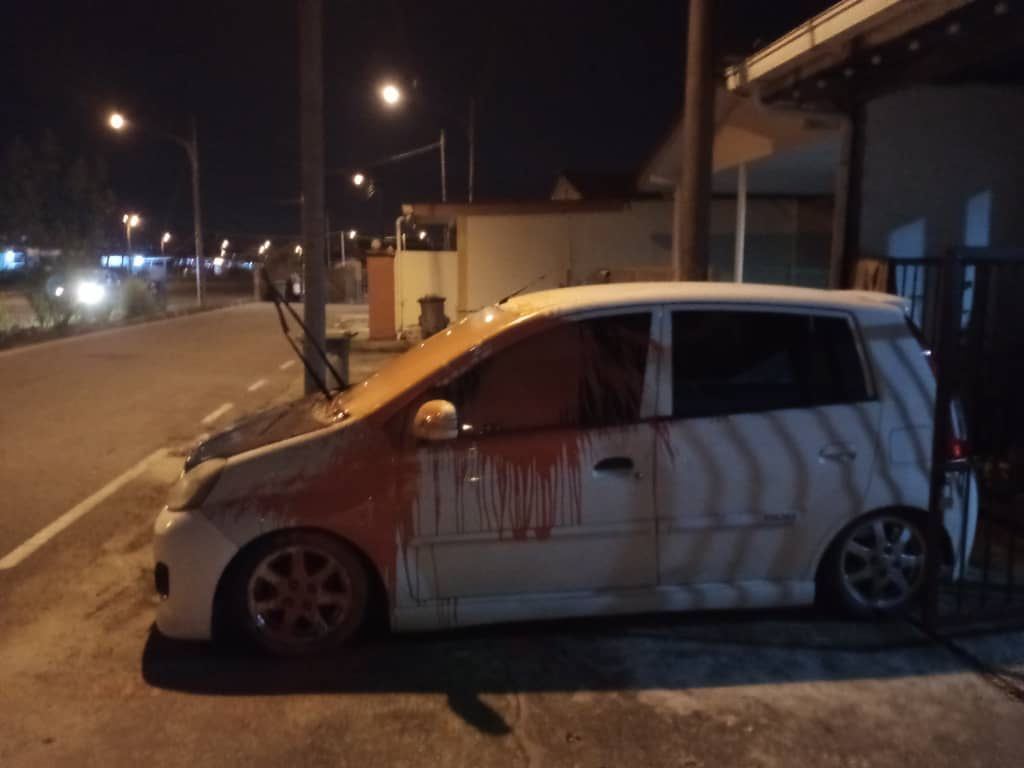 The victim’s car was found splashed with paint by Ah Long in a case of mistaken identity.

KUCHING (Sept 27): A case of mistaken identity has led to a man’s car being splashed with paint by suspected loan sharks at his house at Taman Banjaran Serapi, Jalan Sungai Tengah, in Matang at around 5.15am on Sunday.

Padawan District Police chief Supt Aidil Bolhassan said the innocent victim was a 52-year-old driver of a hospital here who was thought to have borrowed money from the loan sharks or as they are widely called locally, ‘Ah Long’.

He said the victim’s wife had found the car, which was parked outside the house splashed with pink paint, as she was leaving for work.

“The victim then found a piece of paper stuck to the gate of their house believed to be from the Ah Long with a written demand for a loan to be settled.

“However, the name written on the piece of paper was not that of the victim or his family members, but of one of a neighbour’s children,” Aidil said in a statement.

He also said that when the incident happened, there were no closed-circuit television (CCTV) nor any witnesses.

Aidil added that the victim was also informed by a neighbour that their daughter had owed the Ah Long RM300, which she had applied via a social media platform.

He said further checks found that the neighbour’s daughter had lodged a police report which was investigated under Section 29B (1) of the Moneylenders Act 1951.

In the said report on Sept 13, 2021, he said the woman found that their house windows were broken and were splashed with red paint.

“The neighbour’s daughter had borrowed money online through Facebook for a sum of RM300, and was not able to pay the Ah Long as the sum demanded by was far more than what was borrowed, which was RM8,600,” he said.

The case is still under investigation.