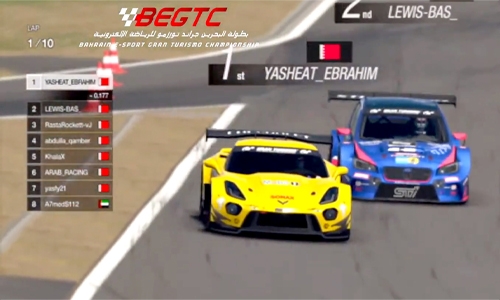 Ebrahim Al Mubarak was crowned champion for the third successive season in the Bahrain Esport Gran Turismo Championship. Al Mubarak secured his title treble after finishing in third place in the fifth and final round of the campaign, which was held along a virtual version of popular German track the Nurburgring.

The series was run on the Gran Turismo Sport video game on the Sony PlayStation 4 or 5 platforms, which is officially licenced by the International Automobile Federation (FIA). Al Mubarak’s podium finish gave him 108 points to finish the season, well ahead of his closest challenge Hussain Ali Hasan, who had 73 points.

Hassan Khalil Ebrahim finished third in the season with 61 points. As the season’s champion, Al Mubarak came away with the grand prize of BD500 to go along with his winnings from each round.

Ibom Arranges Interim Use Of Egyptair Airbus A220

Yaounde , February 4 (ANI): Egypt are through to the final of the Africa Cup of Nations after beating hosts Cameroon 3-1 on...
Read more