Mohanlal sent his best wishes to Prithviraj Sukumaran and the entire team of Kuruthi on Wednesday, August 4. Directed by Manu Warrier, Kuruthi will release on Amazon Prime Video on August 11. 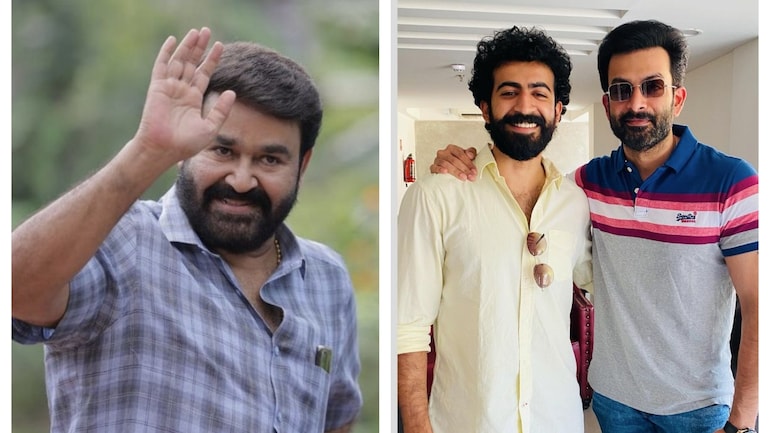 Mohanlal, who has been busy shooting for Bro Daddy in Hyderabad, took to Facebook on Wednesday, August 4, to send best wishes to Prithviraj Sukumran and the entire team of Kuruthi. Directed by Manu Warrier, the trailer of the film was unveiled on August 4. The edgy thriller stars Prithviraj Sukumaran, Roshan Mathew, Srindaa, Shine Tom Chacko, Murali Gopy, Mamukkoya, Manikanda Rajan, Naslen, Sagar Surya and Navas Vallikkunnu in pivotal roles.

Mohanlal and Prithviraj Sukumaran are shooting for Bro Daddy in Hyderabad. On Wednesday, August 4, Mohanlal took to Facebook to send best wishes to his co-star and friend Prithviraj Sukumaran for his next release. Sharing the trailer of Kuruthi, the Lucifer actor penned a sweet note. Directed by Manu Warrier, Kuruthi is set to release on Amazon Prime Video on August 11 as a gift to fans on Onam.

Andy Murray will next meet no.13 seed Matteo Berrettini, while Nick Kyrgios will take on JJ Wolf in the third round of the...
Read more

Varalaxmi’s flight journey with Thalapathy Vijay was all about having fun and playing Ludo. Viral pics

Vivek Agnihotri's The Kashmir Files is on a roll at the box office. The film crossed Rs 100 crore mark in just a...
Read more
- Advertisement -