An underwater excavation carried out by an Egyptian-French mission operating the sunken city of Heracleion in Abu Qir, led by the European Institute for Underwater Archaeology (IEASM), has revealed further lost treasures in the form of a military vessel and an ancient Greek funerary complex.

The Secretary General of the Supreme Council of Antiquities Mostafa Waziry was part of the discovery.

The military vessel sank while transferring large blocks of the famous temple of Amun, and was on its way to be moored in the canal that flowed along the south face of the temple when disaster struck.

According to the Head of Egyptian Antiquities Sector at the Ministry of Tourism and Antiquities Ayman Ashmawy, the ship was discovered under nearly five meters of hard clay which had mingled with debris of the fallen temple, thanks to a cutting-edge prototype sub-bottom profiler.

French underwater archaeologist Franck Goddio called the discovery an extremely rare event, with the only other finding of this level being the Punic Marsala Ship dated to 235 BC. 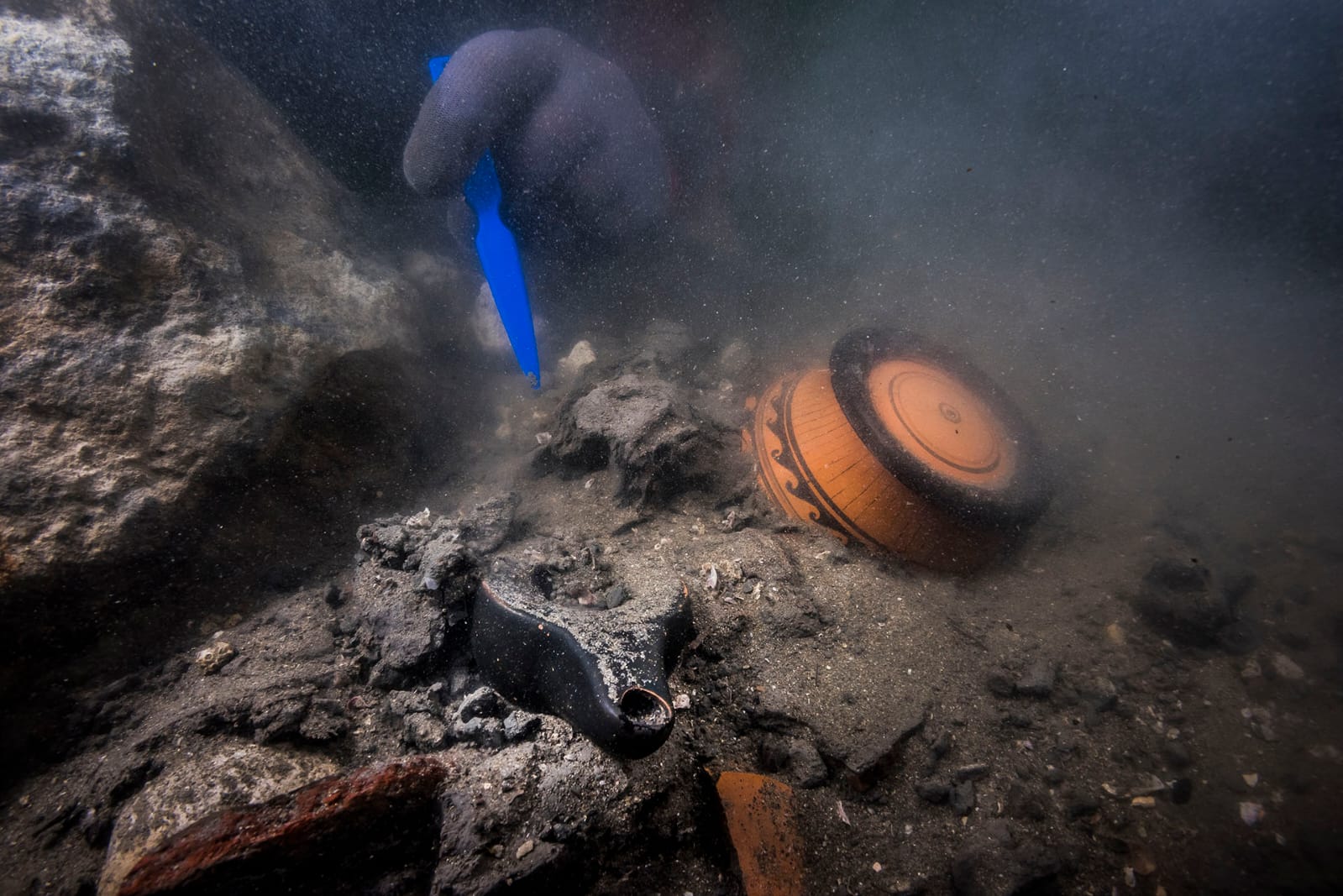 Archaeologic findings of these types of Hellenistic ships were completely unknown before this discovery.

And the head of the Central Department of Underwater Antiquities Ehab Fahmy said that while a preliminary study showed that the hull of the ship follow classical tradition, relying on long mortise-and-tenon joints and a well-developed internal structure, it also showcased features of Ancient Egyptian construction methods and was therefore built through a mixed method.

The vessel was a sort of rowing ship with a large sail, evidenced from a mast base of considerable dimensions.

This long boat was flat-bottomed and had a flat keel, quite advantageous for navigation on the Nile and within the Delta. Some typical Ancient Egyptian shipbuilding features, together with the evidence for wood reuse, indicate that the ship was built in Egypt.

With a length of more than 25 meters, it had a length to breadth ratio close to six to one. 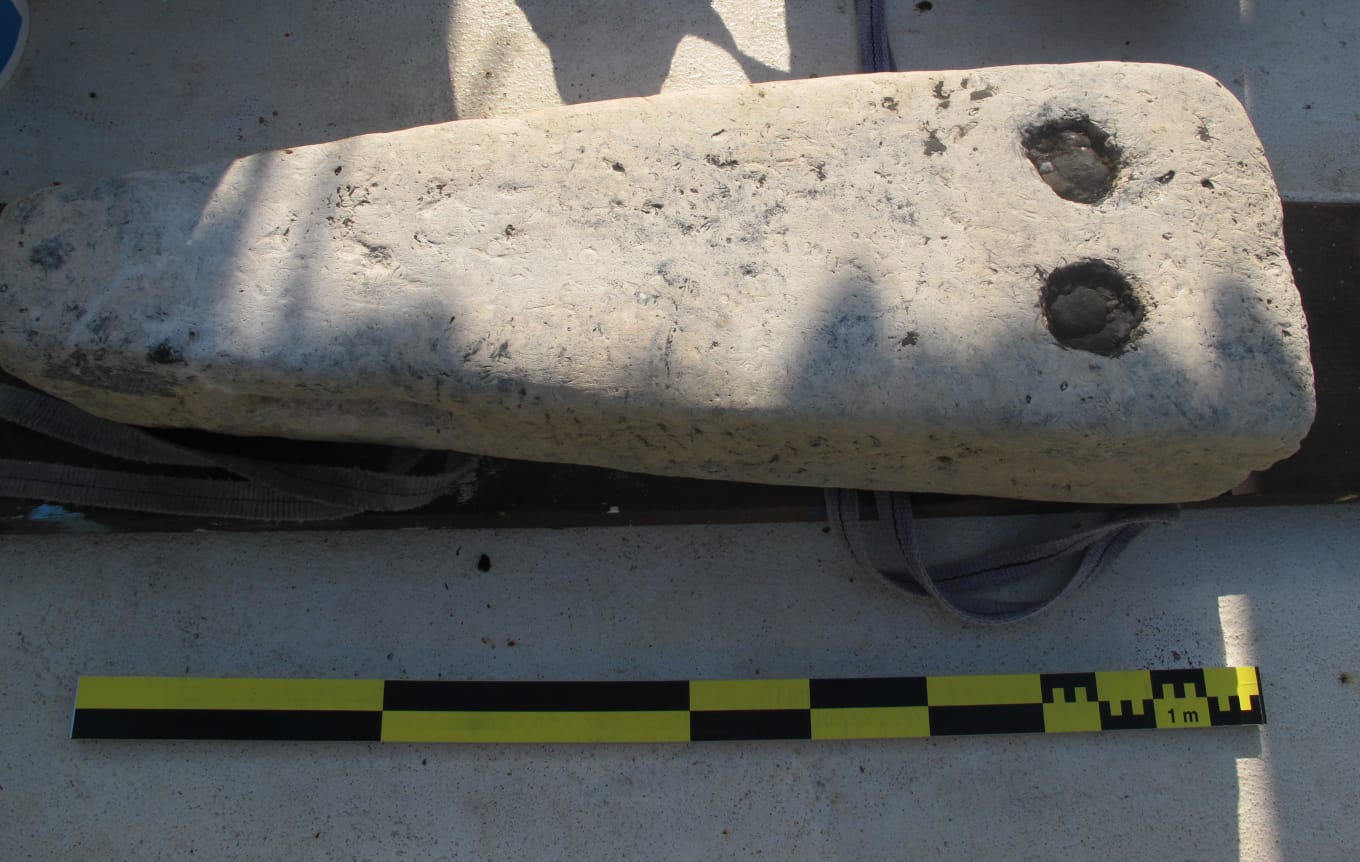 In another part of the city, a tumulus stretching alongside the north-east entrance canal also uncovered a large Greek cemetary with rich donations dating back from the very first years of the fourth century BC.

This discovery illustrates the presence of Greek merchants who lived in the city controlling the entrance to Egypt at the mouth of the Canopic branch of the Nile.

The Greeks were allowed to settle in this city during the late Pharaonic dynasties. They built their own sanctuaries close to the huge temple of Amun.

Those were destroyed simultaneously with the loss of the temple, and their remains were found mixed with those of the Egyptian temple in pristine preservation.

The ancient city of Thônis-Heracleion was for centuries the largest port of Egypt on the Mediterranean Sea before the foundation of Alexandria by Alexander the Great in 331BC.

Several earthquakes followed by tidal-waves which triggered land liquefaction that brought 110 square kilometers portion of the Nile delta, including the cities of Thônis-Heracleion and Canopus, to collapse under the sea.

Both cities were rediscovered by the IEASM in collaboration with the Underwater Archaeology Department of Ministry of Tourism and Antiquities, respectively in 2001 and 1999. Egyptian engineer Ahmed Suleiman said he is engaged in a scientific expedition to research the origin of the universe by conducting an experiment...
Read more

Egypt warns of harsh penalties for anyone who defaces artifacts, including LE500,000 fine

Law #117 of 1983 on the Protection of Antiquities stipulates several penalties to preserve archaeological sites and any collectibles that carry historical and...
Read more

Italian fashion designer Stefano Ricci announced on social media that he would celebrate the 50th anniversary of his brand in the Luxor Governorate.Minister...
Read more
- Advertisement -