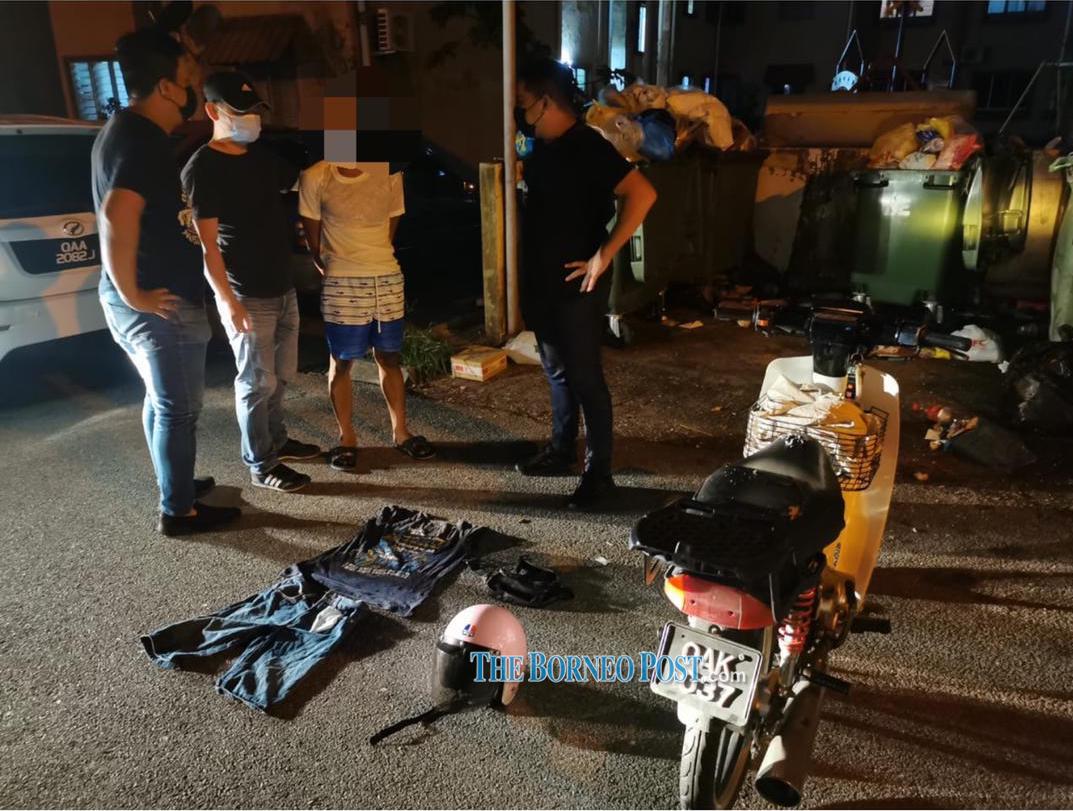 Police arrest the suspect at a house at Lorong Menggris.

KUCHING (July  19): A serial offender suspected to be responsible for a snatching at Jalan Tupong here on Friday has been arrested.

Kuching police chief ACP Ahsmon Bajah said the 23-year-old was arrested at a house in Lorong Menggris around 10.30pm on Sunday.

He said the arrest was made following a report from a married couple who lost RM13,000 to a snatcher at Jalan Tupong on Friday at around 1.40pm.

“The senior citizens were on a motorcycle when the wife’s bag was snatched from behind by the suspect,” he said.

He said acting on information received, a Criminal Investigation Department team from the Kuching police headquarters led by Insp Muhamad Rizal managed to track down the main suspect.

During the arrest, police seized items such as the clothes the suspect wore, a handphone, RM566, a helmet, and a motorcycle, said Ahsmon.

He said further checks found the suspect has four criminal records in connection with fraud cases under Section 420 of the Penal Code.

“The suspect is currently being investigated for robbery offences without firearms under Section 392 of the Penal Code.

“The suspect has also been remanded for seven days under Section 117 of the Criminal Procedure Code for further investigation,” Ashmon said.

He also said the police would work with the State Attorney-General’s chamber to return the recovered cash to the senior citizens as soon as possible.