Ranveer Singh will be making his debut on television with the visual-based quiz reality show, The Big Picture. The registrations of the same will start from July 17. 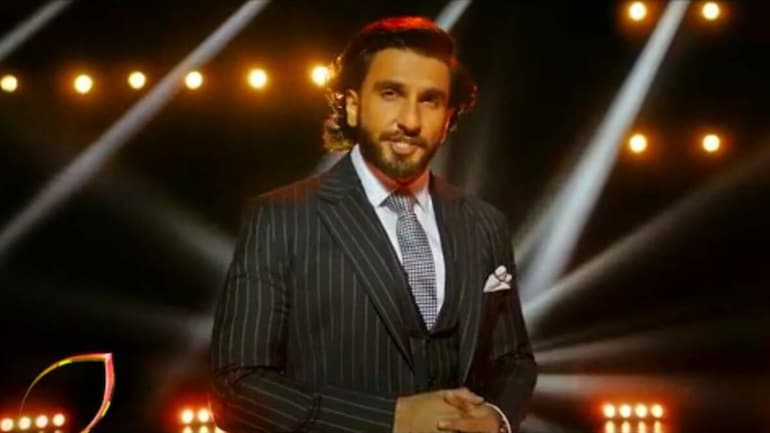 Ranveer Singh will be hosting The Big Picture.

The registration date for the visual-based quiz reality show, The Big Picture, has been announced. Hosted by Ranveer Singh, the registrations of the same will commence from July 17. With two days left, Colors TV shared the details of the registration process on their Instagram page. Meanwhile, the show will be produced by Banijay Asia and ITV Studios Global Entertainment BV, and will also stream on Voot and Jio TV. It is expected to go on floors soon.

THE BIG PICTURE’S REGISTRATION TO START FROM JULY 17

Ranveer Singh will be making his debut in television with The Big Picture. The registrations of the same will start from July 17 at 9.30 pm. You will have to register yourself on Voot app, voot.com or MyJio app. After doing that, you will have to answer a simple question and wait for revert from the team of the show.

THE PROMO OF THE BIG PICTURE OUT

The promo of The Big Picture released on July 3. Ranveer Singh explained the format of the game in his own style. I the video, he was seen describing the format of the quiz show. He talks about his popular on-screen characters such as Bittoo of Band Baaja Baaraat, Khilji of Padmaavat and Murad Ahmed of Gully Boy, among others. Meanwhile, the stills of these characters appear on the screen. Explaining further, Ranveer Singh said in The Big Picture, contestants will have to face questions in the form of pictures. They have a chance to win crores on the show.

ABOUT THE BIG PICTURE

The Big Picture is quiz show which will test the knowledge and visual memory of the contestants. With the help of three lifelines, the contestants will be required to correctly answer twelve visual-based questions and walk away with the grand prize money. The interactive format of the show will also allow the viewers to play from the comfort of their homes.

ALSO READ I Ranveer Singh explains what The Big Picture is all about. Watch promo