Vicky Kaushal once proposed to Katrina Kaif in front of Salman Khan, who gave an epic reaction. The old video is going viral on the Internet again. 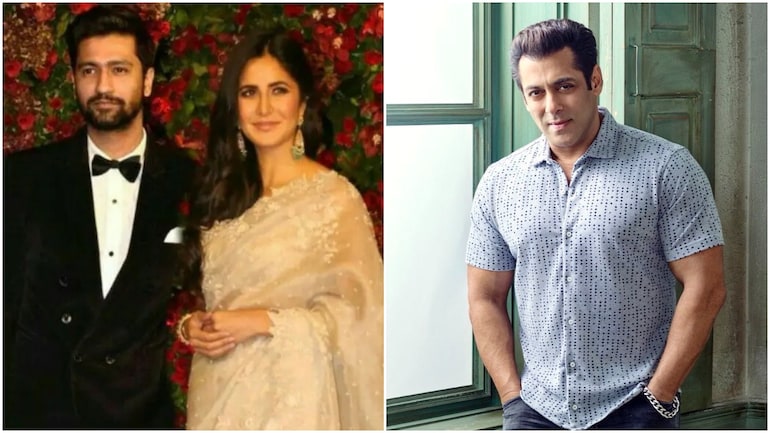 Vicky Kaushal had proposed marriage to Katrina Kaif at an awards function in 2019 and Salman Khan gave an epic reaction to it. At that time, rumours were rife that the Uri actor was dating the beautiful actress. Obviously, the video amused fans then. It is going viral again now.

Fans have been rooting for Vicky Kaushal and Katrina Kaif for a long time. Even though the two have kept mum about their relationship status, Harshvardhan Kapoor revealed that the two are dating in an interview last month. As for how the old video unfolded, it’s sure to make you smile.

Vicky and Katrina are seen onstage at the awards function in the video. Vicky asks Katrina, “Why don’t you find a nice boy like Vicky Kaushal and get married to him? The season of weddings is going on, so I thought, you might want to do the same. So, I thought I should ask you.” Katrina instantly responds with, “What?” Between some awkward expressions, the music of Salman Khan’s song Mujhse Shaadi Karogi starts playing. Vicky Kaushal sings “Mujhse shaadi karogi” while blushing constantly. Katrina too, smiles, but says, “Himmat nahin hai (I don’t have the courage).”

The fun part to all this was added by Salman Khan, who was seated in the audience. He acted as if he was dozing off on sister Arpita’s shoulder. He then woke up with a startle as Katrina gave her response to Vicky’s proposal.

Take a look at the video:

WHEN HARSHVARDHAN KAPOOR CONFIRMED KATRINA AND VICKY ARE TOGETHER

Harshvardhan Kapoor talked about Vicky Kaushal and Katrina Kaif’s relationship during an interview. The actor was asked to reveal one relationship rumour from Bollywood that he believes to be true. He said, “Vicky and Katrina are together, that’s true.” He continued, “Am I going to get in trouble for saying this? I don’t know. I think they’re quite open about it.”

Katrina Kaif and Vicky Kaushal have neither confirmed nor denied their relationship. However, they have been spotted together on several occasions.

A source close to Depp confirmed that Moss and Depp remain close to this day. Depp has sued Heard for $50 million alleging...
Read more

The "Guardians of the Galaxy" actor and his author wife took to their respective Instagram accounts on Sunday night to share that they...
Read more

The episode, hosted by Natasha Lyonne, began with a cold open with McKinnon playing Coleen Rafferty in "Close Encounter," her recurring skit in...
Read more
- Advertisement -