Trade union Peo on Monday called on the labour ministry to conduct an investigation into the employment status and working conditions of the four Egyptian workers who died in the large fire over the weekend in the areas of Limassol and Larnaca.

Meanwhile, police have been criticised over the way they handled the incident.

“We expect the labour ministry to act promptly so they can provide answers to everyone and assign responsibilities where they exist,” Peo said.

Though they have not been formally identified yet, the victims were named as Morzok Shady Morzok, Hisa Melad Farouk, Ezat Salama Josef and Maged Nabil Yonan, aged 35, 29, 28 and 24.

Two of them arrived in Cyprus for the first time on May 5 this year, one in March, while the last one has worked in Cyprus during the summer for the past four years.

Migrant support NGO Kisa took a stronger line and slammed the authorities for their response to the four people’s deaths.

In a post on Facebook the NGO claimed that police asked some of the dead’s co-workers and compatriots to carry the charred bodies of the victims before the arrival of the forensic team and to “pile them up” in a van.

Kisa also said that the police did not remove the men’s mobile phones.

“The mobile phones are now in possession of the NGO, after volunteers visited the scene on Sunday,” the post said.

Kisa president Doros Polykarpou added that the situation could have turned even more tragic, as around 250 seasonal migrant workers were left behind in the village of Odou without any information regarding the blazing fire.

“None of the employers informed the 250 workers of what to do during such an occurrence,” he told the Cyprus Mail.

“The Greek Cypriots in the village know that when they hear the church bells ringing, there is an emergency underway,” he said.

“However, no one thought of informing the workers about this. Except for the four people who died, they made it out alive purely thanks to their survival instincts.”

He said that the four victims realised too late that they were in danger.

Once they did, they drove away from the farm where they worked and lived in the opposite direction of the fire.

“From the information we gathered, we understand that their car got stuck and they tried to escape on foot, but unfortunately, they did not make it,” Polykarpou concluded.

Christakis Constantinou, their employer, denied they were not aware of the fire.

He said he had been on the phone to them and while not being fully aware of their location, he asked them to be careful.

“They were like my children. Every day, from the morning, we were together,” he said, fighting back tears.

Reports said a compatriot of the four workers had spoken to one of them before the tragedy and he had told him their vehicle had fallen in a ravine while they were trying to get away, forcing them to flee on foot. 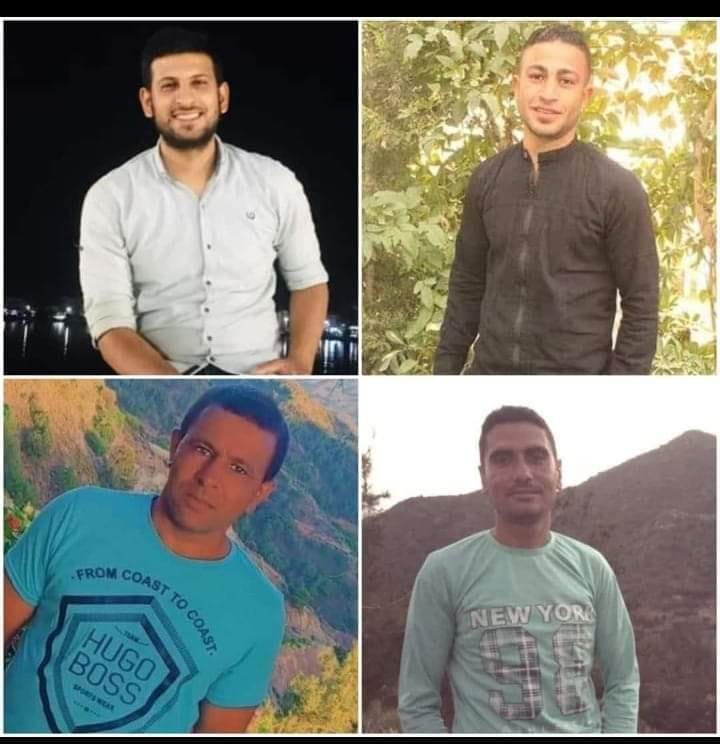 The four Egyptian workers who died in the fire

Their charred bodies were found around 400 metres from where the vehicle was found in Odou and not close to each other.

“They were reported missing on Saturday evening by their employer. Police tried to locate them from a phone signal and their employer gave them one number which appeared to be in Eptagonia,” police spokesman Christos Andreou said.

He said that the vehicle was found on Saturday evening, but the bodies were not located at the same time because by then it was dark.

Responding to the accusation of misconduct against the officers in charge of handling the bodies, Andreou denied they had asked their compatriots to carry the bodies.

Christou said their compatriots had asked officers if they could help carry them, which they did, “but there was no question of them asked by the officers to carry the bodies.”

President Nicos Anastasiades pledged their families would be supported.

“Our most profound condolences to families & loved ones of the four Egyptian nationals who lost their lives in the wildfire ravaging Cyprus, as well as to the Government of Egypt. Cyprus will stand by the victims’ families in the face of this tragedy, offering every support,” the foreign ministry said in a post on Twitter.

Ibom Arranges Interim Use Of Egyptair Airbus A220

Yaounde , February 4 (ANI): Egypt are through to the final of the Africa Cup of Nations after beating hosts Cameroon 3-1 on...
Read more