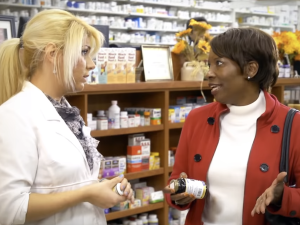 This is a reader-friendly overview of Manganese. For more details, see our health professional fact sheet on Manganese.

What is manganese and what does it do?

Manganese is a mineral that your body needs to stay healthy. Your body uses manganese to make energy and protect your cells from damage. Your body also needs manganese for strong bones, reproduction, blood clotting, and a healthy immune system.

How much manganese do I need?

The amount of manganese you need depends on your age and sex. Average daily recommended amounts are listed below in milligrams (mg).

Many foods contain manganese. You can get recommended amounts of manganese by eating a variety of foods, including the following:

What kinds of manganese dietary supplements are available?

Manganese is available in many multivitamin/multimineral and other dietary supplements. Supplements contain many forms of manganese, such as manganese sulfate and manganese aspartate. Scientists don’t know whether any form of manganese in supplements is better than any other form.

Am I getting enough manganese?

Most people in the United States get enough manganese from the foods they eat.

What happens if I don’t get enough manganese?

Manganese deficiency is very rare in the United States. A deficiency might cause the following symptoms:

What are some effects of manganese on health?

Scientists are studying manganese to understand how it affects health. Here are some examples of what this research has shown.

You need manganese in combination with other minerals and vitamins for healthy bone formation. But more research is needed to understand the role of manganese in maintaining or improving bone health.

You need manganese to help break down the starches and sugars that you eat. But its effect on the risk of diabetes is unknown. More research is needed to understand whether manganese plays a role in the development of diabetes.

Can manganese be harmful?

People should not consume more manganese than the upper limits from food, beverages, or dietary supplements unless their healthcare provider recommends doing this.

The daily upper limits for manganese include intakes from all sources—food, beverages, and supplements—and are listed below.


Does manganese interact with medications or other dietary supplements?

Manganese is not known to interact or interfere with any medicines.

People should get most of their nutrients from food and beverages, according to the federal government’s Dietary Guidelines for Americans. Foods contain vitamins, minerals, dietary fiber, and other components that benefit health. In some cases, fortified foods and dietary supplements are useful when it is not possible to meet needs for one or more nutrients (e.g., during specific life stages such as pregnancy). For more information about building a healthy dietary pattern, see the Dietary Guidelines for Americans

and the U.S. Department of Agriculture’s MyPlate.

Where can I find out more about manganese?

This fact sheet by the Office of Dietary Supplements (ODS) provides information that should not take the place of medical advice. We encourage you to talk to your healthcare providers (doctor, registered dietitian, pharmacist, etc.) about your interest in, questions about, or use of dietary supplements and what may be best for your overall health. Any mention in this publication of a specific product or service, or recommendation from an organization or professional society, does not represent an endorsement by ODS of that product, service, or expert advice.

Helping Your Teen Get Enough Sleep (Video) (for Parents)