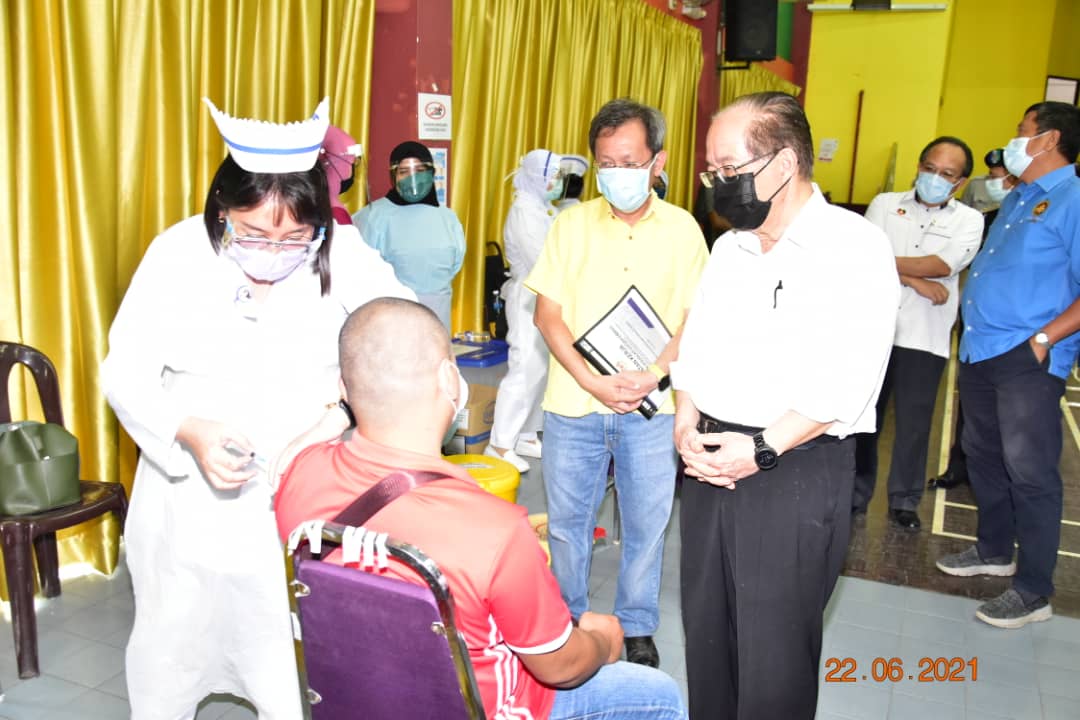 Dr Sim (second right) and Uggah observing the vaccination on one of the recipients at the centre.

Under the programme, the state’s first phase was for frontliners, while the second phase was for the high-risk groups such as those with comorbidities and senior citizens aged 60 years and above.

“From today, everyone can now go for the jab based on their appointments,” he said this after his visit to the vaccination centre (PPV) at Serian Community Hall here today.

The State Disaster Management Committee (SDMC) chairman said the state had not been using the phase system in rural or interior areas of the state, adding that such arrangement would be besieged by problems.

Meanwhile, he said the response from Sarawakians towards the vaccination programme had been very encouraging so far.

He added that this was a very positive development in the state’s efforts to protect everyone against Covid-19.

For the Serian Division, he said 2,600 people had been vaccinated while its target was 2,800 daily.

He said the vaccination centre at the Serian community hall vaccinated 1,000 people today which had met its target.

Meanwhile, Uggah reminded workers in industries statewide that their vaccines were provided free of charge.

“We have came across advertisements from some companies saying the workers needed to pay a certain amount for the vaccination. I would like to clarify here that the vaccine is provided free by the government.

“At all vaccination centres for industry, the employers are footing the costs for setting up such centres and the service fee for the teams administering the vaccination.

“Such centres are necessary because we have came across many positive cases in the working places. With them, we can speed up our vaccination programme for the workers,” he said

Uggah said more industry vaccination centres would be set up soon and they would be open to plantation workers too.