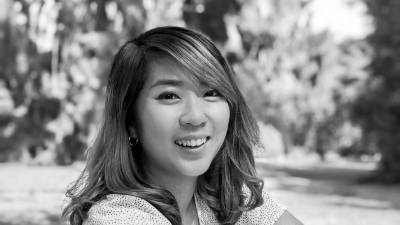 BEFORE moving to the United States, Sara Gradwohl had big dreams of performing in front of the camera.

She found immense joy expressing herself on stage – singing, dancing or acting.

However, upon her graduation, her passion shifted towards filmmaking.

“I was doing journalism for school. So, I was doing a lot of interviews, pitching stories, filming and editing. It was during that time that I decided I wanted to make films and documentaries on topics that are important to me. So, after I graduated, I moved to Los Angeles to pursue that.”

Her move to the big city paved the way for a series of impressive milestones. Indeed, this Damansara Jaya-born filmmaker has worked on numerous award-winning documentaries and short feature films.

Her documentary Trafficked has scored multiple accolades – winning big at film festivals like the International Film Festival Competition in 2015.

Gradwohl is now devoting her time and energy to expanding her own production company, Making Stories Known.

What is a project that you are most proud of?

Right now, I am most proud of my documentary, Trafficked. Not only did it get a bunch of awards, it was also my first long documentary. Trafficked tackles the issue of human trafficking through featuring (the story of) Christina, a sex trafficking survivor.

So, I was pretty proud of it. And also, the fact that it was a deeply provoking story. It is disturbing in some ways because the issue has not left.

It is still prevalent in America and small towns. It does not only happen in Malaysia and Thailand, it happens everywhere. So, I think to me, it was something important to address. And something to fight for. So yeah, I am proud of it because it was able to start conversations.

Have you always wanted to start your own production house?

Yeah. Making Stories Known was kind of out of necessity and out of the blue. I started it right after college without the intention of launching it officially at the time. I always knew that I was going to have a production company. I did have a plan to have something of my own.

A place where I can create my stuff and my voice using my own company. But also providing a space for other people to grow and have jobs essentially. This is because it is really hard to make it in the industry and hard to find jobs. So, if I could create a space for people eventually down the road, why not?

What makes a story interesting and appealing to you?

A couple of things. I think number one would be the character and then the topic. In terms of a documentary, it can be a unique person. One example is a documentary about a sperm donor in L.A. who has done sperm donations many times. He lives in a van in Venice Beach and is a father of many children.

And all these half-siblings find out that they are related to each other. And they try to discover who their father is. So, I think that it captures both. It has both character and an interesting topic. So, I think these two factors go hand-in-hand. But what also makes me want to pursue a story would be an issue that I care about.

If there is one, I am focused on making that story known. And I try to find something that could make it into a film or a feature documentary.

Do you think you have achieved the American Dream?

So, I think it boils down to whether you are proud of where you are in your process. For now, I am grateful for the opportunities that have been given to me. I am still growing and I think it will all make sense later on. But as of right now, I have come to appreciate my experiences even though some of them were diverse.

What advice would you give to aspiring Malaysians looking to follow your footsteps?

Do not discredit the experiences you have in Malaysia. Experience is experience at the end of the day. You will always learn from something even though it seems like it does not make sense. If you can find connections, that is great! But if you are not able to, be prepared that it is going to be hard and you might not be able to break it.

But it does not mean you are a failure. I think everyone has their own story. And I think the most important thing is to enjoy how your story is being created and be proud of it!

NOTHING beats the feeling of a newly spruced home environment. The spacious and tidy element can do wonders for our sanity,...
Read more

The power of storytelling

THERE is a sense of social power in storytelling. Or, in other cases, not telling one’s story. “Telling stories is a...
Read more
- Advertisement -