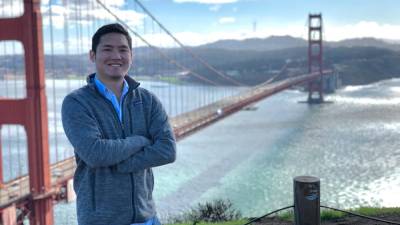 SERIAL entrepreneur Kevin Wu is a man of many hats.

The founder of two start-up companies and a fast-rising law firm in the space of just over two years, Wu is also one of seven Malaysians named to the Forbes 30 Under 30 Asia list for 2021.

In a recent phone interview with theSun, the 26-year-old said that he was extremely proud of the honour accorded by Forbes.

“It’s a lot of recognition for the hard work that myself and the other inductees have put in for the past few years,” he said.

It’s a huge achievement for the Kuala Lumpur-born youth, who moved with his family to the United Kingdom at the age of 12.

He studied law and was called to the bar in London. Wu then decided to return to Malaysia in 2016, where he eventually landed a job at a local law firm.

However, he soon made the decision to step out of the legal profession and pursue his dream of becoming an entrepreneur. He spent two months traveling around the world. It was during a trip to Mexico City that he tasted a bug-based taco that would inspire his first venture.

“I thought (the taco) was delicious, and learnt about this whole new industry of alternative proteins. That’s how Ento was founded in mid-2018,” he said.

Ento, which is growing from strength to strength to this day, is a venture-backed food technology company specialising in insect-based protein. The company was accepted into Sunway iLabs’ Super Accelerator programme in late 2020 and has partnered with the Sunway Group to help develop and distribute its products.

“It turns out that insect-based (food) is extremely high in protein and extremely sustainable to farm, so that makes it a sustainable superfood of the future. And actually, there’s a lot of scientific backing behind it.

“We are trying to create new products that are both familiar-looking and familiar-tasting, such as moving away from whole roasted bugs towards granola or a meat-like product.”

While Ento is the primary reason Wu attracted the interest of the people at Forbes, it was only the first step of his rapid journey through the world of start-ups.

Each of his ventures is vastly different from the others.

“FOC is in a very red ocean market. How we differentiate ourselves is that our operations are quite sizeable compared to many of our competitors, easily 15,000 to 20,000 square feet. So there’s a wider selection of furniture and because of the scale that we have – right now we’re opening our fourth outlet – we are able to reduce prices to pass on the cost-savings to consumers,” Wu explained.

“With my law firm, Kevin Wu & Associates, (because) we started recently, we’re able to work remotely. Everything’s on the Cloud, we’re extremely flexible in terms of how we operate as a firm. It may not matter to clients so much when you’re drafting a contract, but it does matter that your lawyer is very tech-savvy when it comes to doing these things. Our mission is really to become the next-generation law firm of the future.”

Wu acknowledges that running three companies in such different industries would daunt most people.

“They’re extremely different, with different customer sets, a different way of producing a product,” he said.

“Ultimately, I think I’m a generalist, I love learning about new things. I thrive when things are extremely challenging. And I’m extremely curious, I think that is what motivates me and drives me forward.

“Over time, I’ve really learnt to put on a different hat every time I have to have a particular meeting or a certain problem or issue at work, because each company would have its own challenges, whether it’s talent, budget, time or capital. Obviously, a similar problem at each company would need to be assessed and dealt with differently.”

“When I was seven or eight years old, I did a part-time job for my mum’s friend who had a small shop, selling toys at the National Science Centre in Mont Kiara. I helped out one day, and got paid RM30 for the entire Saturday. I really enjoyed the process of selling and talking to customers and introducing a product.

“I think that got me hooked, seeing that customers were delighted with what they purchased. That was extremely satisfying, and (it is an experience) I’m still fond of today.”

The future looks bright for Wu, who is looking forward to seeking his next big venture, and he closed the interview by sharing his guiding principles for life: “Stay curious, stay hungry, stay humble.”