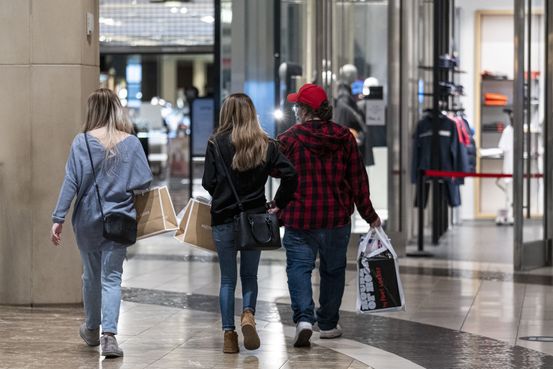 Consumer prices surged in April by the most in any 12-month period since 2008, shaking investors although the data partly reflect a recovery that is picking up steam as the Covid-19 pandemic eases.

The Labor Department reported its consumer-price index jumped 4.2% in April from a year earlier, up from 2.6% for the year ended in March. On a month-to-month basis, which strips out the effect of price declines in April 2020, the early days of the pandemic, prices rose a seasonally adjusted 0.8% last month.

The index measures what consumers pay for goods and services, including clothes, groceries, restaurant meals, recreational activities and vehicles.

Higher prices for used autos surged 10% in April compared with the prior month—the largest monthly increase on record. That accounted for more than a third of the increase, the Labor Department said.

U.S. stocks fell and government bond yields rose after the inflation data was released. Investors are concerned that rising prices could prompt the Federal Reserve to move on interest rates sooner than expected.

Policy makers are watching April’s reading to gauge the extent of what many expect to be a monthslong rise in prices, after a year of anemic overall inflation as the pandemic curbed consumer spending. Whether an upswing in prices proves temporary is a key question for financial markets and the U.S. recovery, as the Biden administration, Congress and the Fed continue to support the economy with fiscal- and monetary-policy measures.

The so-called core price index, which excludes the often-volatile categories of food and energy, climbed 3% in April from a year before.

Food prices rose 2.4% from the same month a year ago, including a 3.8% jump in the cost for restaurant meals and other meals away from home. Car and truck rentals surged 82% compared with April 2020, and airline fares leapt 9.6%.

The annual inflation measurements are currently being affected by comparisons with the figures from last year early in the pandemic, when prices dropped steeply a demand collapsed for many goods and services during Covid-19 lockdowns, said

senior economist at MacroPolicy Perspectives. This “base effect” is expected to influence inflation readings until the summer, she said. For example, gasoline prices soared 50% versus April 2020, though they decreased 1.4% versus March.

Compared with two years ago, overall prices rose a more muted 2.2% in April, on an annualized basis

The Fed has said that it expects the inflation pickup to be temporary, and a top official on Wednesday said the central bank would need to see more data before changing course on monetary policy. It has said it would hold rates near zero until the central bank’s preferred inflation measure is averaging 2% and full employment has been achieved. A persistent, significant increase in inflation could prompt the central bank to tighten its easy-money policies earlier than planned, or to react more aggressively later, to achieve its 2% inflation goal.

White House officials speaking ahead of the report’s release said the administration is tracking a range of potential economic risks, including inflation. White House spokeswoman

said Wednesday that the administration expects to “see a specific number of months or quarters where there is a transitory increase, and that’s something that we have prepared for and that most economists say will be temporary.”

Some Republicans have taken aim at Democrats and the Biden administration, saying their policies would contribute to driving up inflation. “Inflation fears are growing and threaten to harm America’s economic recovery,”

Consumers are seeing many prices jump for a variety of reasons as the U.S. economic recovery gains momentum. Used-car prices have surged as global chip shortage has reduced production of new cars. The average price paid for a used car exceeded $25,000 in April for the first time in the history of research firm J.D. Power’s tracking. Many companies are passing on to consumers the higher costs they are facing for crops, oil and truckers’ wages. Airfares and hotel-room rates are climbing as consumers start traveling again after a year of restraint during the pandemic.

How concerned are you about inflation? Join the conversation below.

“I think a lot of us are expecting a pretty significant increase of spending on services in the next couple months and that’s where a lot of the pressure on CPI is going to come from,” said

, of the consumer-price index.

The longer that burst of spending persists, the more latitude producers have to raise prices, he said. And once prices go up, they seldom fall back to where they were, even if the acceleration in overall inflation is temporary, he added. “That very much matters in terms of what’s the lasting impact on household budgets,” said Mr. Moody.

a 34-year-old Seattle resident, said he has noticed prices climb sharply for steak, beer, ride-sharing services, takeout and other goods and services—and has cut back accordingly. Mr. Wertz said he is particularly conflicted over pulling back on visits to the breweries he used to frequent and still wants to support.

“I’d say prices for grabbing a beer to consume on site have gone up around 15% to 20%. This is a combination of either raising the sticker price or no longer including sales tax in the sticker price,” said Mr. Wertz, who is earning his Ph.D. in accounting. “Either of these makes it harder to justify going out as often because the amounts add up.”

Some 36% of small businesses indicated that they had raised selling prices in April, the highest share since 1981, according to a survey conducted by the National Federation of Independent Business.

Stronger demand has spurred employers to try to hire more workers, but many said they can’t find enough people to hire. Job openings reached a high in March as the gap widened between open positions and workers taking the roles, a dynamic that could push up wages.

The employment cost index for the first quarter of 2021 showed that wage growth returned to the same pace as in 2018 and 2019, in what was a tight labor market at the end of the last expansion.

If inflation remains elevated, it will get harder for the Fed to stick to its stance, said Mr. Moody. “And that’s where market participants could start to diverge from the FOMC, in which case we would see rates move higher,” he added, referring to the Fed’s policy-setting committee.

—Andrew Restuccia and Tarini Parti contributed to this article.

Write to Gwynn Guilford at gwynn.guilford@wsj.com

TOKYO—Apple has told some of its contract manufacturers that it wants to boost production outside China, citing Beijing’s strict anti-Covid policy among other...
Read more

The Market Is Melting Down and People Are Feeling It. ‘My Stomach Is Churning All Day’

SÃO PAULO—Elon Musk, the world’s richest person, flew to Brazil on Friday to announce a plan to connect thousands of schools in the...
Read more

Boeing Starliner spacecraft successfully docked with the International Space Station, an important milestone on a test mission where the vehicle faced some technical...
Read more
- Advertisement -