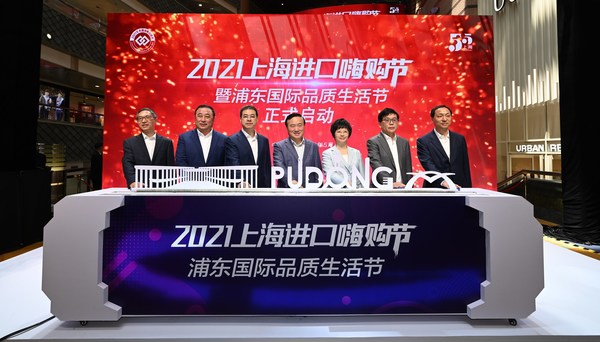 Unlocking the power of “debut economy”

On the first day, Consul-General of Royal Thai Consulate-General, Shanghai Lada Phumas and CP Group Vice Chairman Michael Ross launched the opening of the CP Pavilion and chatted with shoppers online from a live studio against the backdrop of the scenic Bund at eat n work, in a move to boost the sales of CP Food’s line-up of preservative-free, ready-to-eat Thai specialties: Thai-style bird’s nest, zero-fat, zero-additives coconut water and additive-free Amarize mango sticky rice. 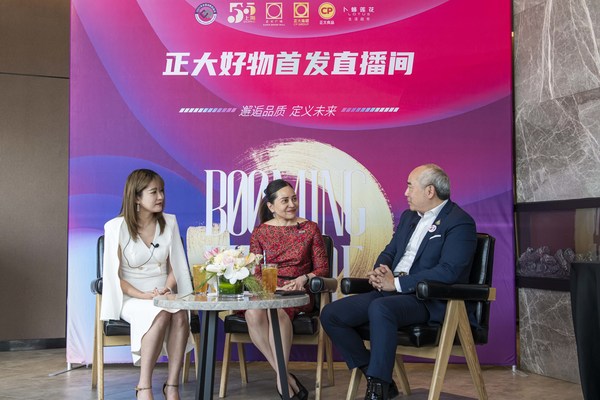 Thirty-four new stores open at the mall around May Day Holiday this year. By year end, the mall is expected to welcome more than 130 brands across an area of some 50,000 square meters. Following the renovation of Venus, Kids’ 3rd Home and eat n work, the first 4,000-square meter culturally-themed block, the 47-store Lei+ Village, recently opened. The first Ringside Boxing & Beyond in China, the first Daydream pig-petting store in Shanghai, the upgraded ShineDream Miniature World, the upcoming ALPHAWORLD that is set to open this year, as well as the new smart supermarket “Kitchen of the World” of CP Group will together transcend the shopping experience for customers.

As a multi-functional life arena, Super Brand Mall is not only a shopping destination, but also a place to meet and spend time with friends and family. New duplex flagship stores in the first floor’s East Zone, including ICICLE, Arc’teryx, DESCENTE and Sephora, break the traditional retail mold and present a more diversified shopping scenario. As a cuisine landmark, Super Brand Mall features new and novel restaurants favored by youngsters. Wuhu Barbeque and Men Wah Bing Teng, Chinese cuisine such as Linjia and Jinlou, popular eateries such as Bites & Brews, Haxnbauer and Lavazza, combined with eat n work, Lujiazui’s most popular spot for Western-style dining, to form a unique nightlife destination.

Super Brand Mall is also a strong believer in what is often simply referred to as the new “business + digital” model. In 2020, the mall inked a contract with China Telecom, Shanghai Branch, to be the first shopping emporium with full 5G coverage in Shanghai, creating an immersive gigabit-level shopping experience throughout the premises.

Looking ahead, Super Brand Mall plans to take advantage of the spillover effect of the Double Five Shopping Festival, in conjunction with new and developing shopping habits, Shanghai’s night-time economy and the city’s other hotspots, to further spur the local retail sector and facilitate Shanghai’s ongoing transformation into one of the shopping capitals of the world.