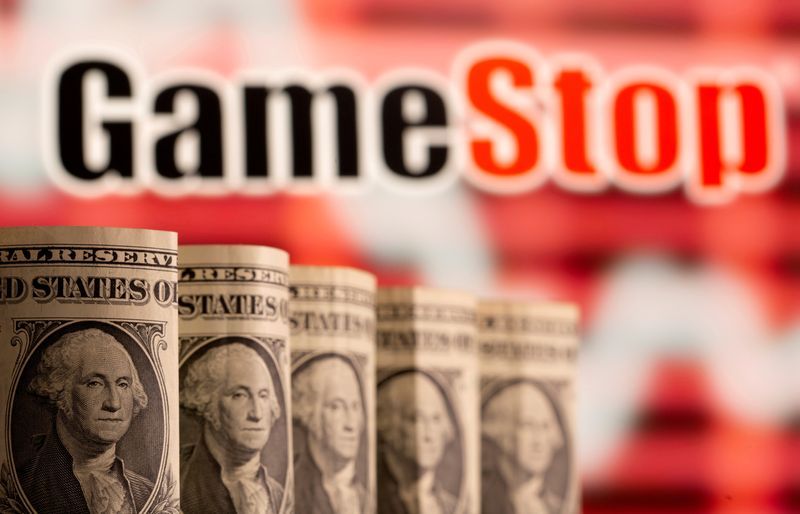 Bloomberg cited a screenshot of Keith Gill’s portfolio showing that he exercised 500 GameStop call options expiring Friday, when the stock closed at $154.69.

The screenshots were posted on Reddit by Gill, and his mother confirmed the posts to Bloomberg. Reuters could not immediately reach the Gills for comment on Saturday.

His total investment in GameStop is now worth more than $30 million, giving him a profit of nearly $20 million, Bloomberg said. Gill has 200,000 shares in the company, the report said.

Gill was a key figure in the so-called “Reddit rally,” which saw shares of GameStop surge 400% in a week before crashing back to pre-surge levels.

He began sharing his positions on Reddit’s popular Wallstreetbets trading forum in September 2019, posting a portfolio screenshot indicating he had invested $53,000 in GameStop.

By late January, Gill, known as “Roaring Kitty” on YouTube and “DeepF***ingValue” on Reddit, was up over 4,000% on stock and options investments in the company.

Last month, Gill appeared before Massachusetts securities regulators to testify as part of an examination into his activities.

Massachusetts Secretary of the Commonwealth William Galvin, the state’s top securities regulator, had subpoenaed Gill, who touted GameStop stock in his spare time while he was a registered broker and working at the insurer MassMutual. – Reuters